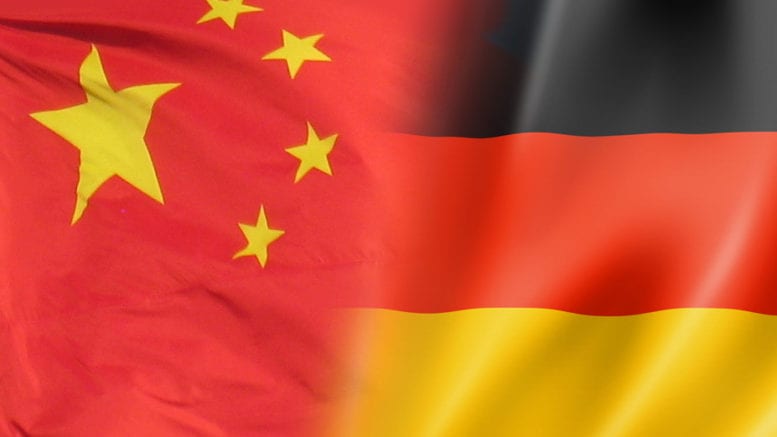 China’s leaders may be touting efforts to offer foreign investors a level playing field, but on the ground, protectionism appears to be growing, Germany’s ambassador to China told CNBC.

“It doesn’t matter which trading partner you talk to – be it the Japanese or the U.S. or neighboring countries or European countries. They all feel the same, that there’s a growing protectionism here,” Michael Clauss, the German ambassador to China, told CNBC’s “Squawk Box” on Monday.

He noted that the protectionist concerns related to German investments within China.

“The service sector is basically off limits. Many companies that would like to produce here in China and build a factory and start producing are forced into going in a joint venture,” he noted. “It’s also frequently they’re asked to transfer technology, which is against the rules of the WTO. And the tendency seems to be growing. That’s the complaint we get from German businesspeople.”

But Clauss pointed to signs that Chinese rhetoric on trade and investment has been changing.

“At the same time, we are here now getting different signals, like the whole speech of President Xi Jinping or yesterday’s presentation by Prime Minister Li Keqiang saying that they were in favor of free trade, saying that they would go for a level playing field,” Clauss added “They’ve been saying all the right things and now we just hope and expect that they will walk the talk.”

That echoed comments from China’s President Xi Jinping in a speech at the World Economic Forum in Davos in January, which defended globalization and free trade and argued in favor of a level playing field.

Those remarks came after U.S. President Donald Trump vowed during his campaign to label the country a currency manipulator for the purposes of a competitive trade advantage on his first day in office and threatened to impose a tariff of as much as 45 percent on China’s exports to the U.S.

More recently, Trump’s administration and the Republican Congress have been considering imposing a border tax on imports into the U.S.

Clauss said that tax would not hit just China, but all of the U.S. trading partners, although he didn’t expect much impact on German companies operating in China.

“What I can see here from Beijing is the Chinese side believes there will be more trade frictions, maybe even a trade war, which would be a problem for China, but would definitely not bring down its economy,” he said. “I don’t think it will be a major problem for German companies here in China since those that produce here in China, produce and manufacture almost exclusively for the Chinese market and not for exports abroad.”

Data last month showed that China had become Germany’s largest trading partner for the first time in 2016, media reports said, with trade volume between the two rising 4 percent to around 170 billion euros. That displaced the U.S. from first place to third, but left France as No.2, reports said.

How Trump Trade Actions are Disrupting the US Auto Industry