App for China and EU Tariffs 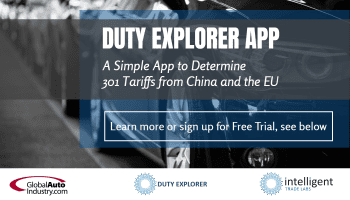