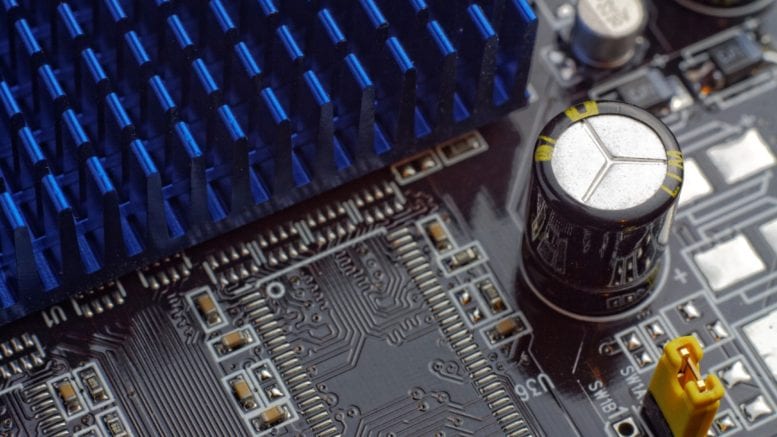 Manufacturing has emerged as one of the high growth sectors in India. Prime Minister of India, Mr Narendra Modi, had launched the “Make in India” program to place India on the world map as a manufacturing hub and give global recognition to the Indian economy. India is expected to become the fifth largest manufacturing country in the world by the end of year 2020*. If you are interested in learning ways to increase your manufacturing sector like India has managed then you should take a look at something like cksglobal.net to help give you a better idea of what you could be doing to improve your manufacturing company.

The Government of India has set an ambitious target of increasing the contribution of manufacturing output to 25 per cent of Gross Domestic Product (GDP) by 2025, from 16 per cent currently.
To download 49-page report on Electronics Manufacturing in India, please click here.
Market Size

With the help of Make in India drive, India is on the path of becoming the hub for hi-tech manufacturing as global giants such as GE, Siemens, HTC, Toshiba, and Boeing have either set up or are in process of setting up manufacturing plants in India, attracted by India’s market of more than a billion consumers and increasing purchasing power. With this investment in the infrastructure and having a core focus on the quality, this will show in the quality of the goods being produced in these markets and example would be pcb assembly which is highly rated in the States, India would need to invest in the engineers to sustain the build quality and reliability of its competitors.

Foreign Direct Investment (FDI) inflows in India’s manufacturing sector grew by 82 per cent year-on-year to US$ 16.13 billion during April-November 2016.

– Apple plans to produce iPhone SE at an upcoming facility in Bengaluru, owned by its partner Wistron, which has upgraded the plant to assemble Apple iPhones.

– Coca-Cola, the US-based beverage giant, plans to invest around Rs 750 crore (US$ 112.5 million) to set up a food processing unit and a bottling plant at the newly developed Mohasa-Babai industrial estate in Hoshangabad, Madhya Pradesh.

– Panasonic Corporation, the Japan-based electronics company, plans to set up a new plant at Jhajjar, Haryana, to manufacture refrigerators for the Indian market, and a Research and Development (R&D) center for appliances consisting of two technical divisions to strengthen its product development in the country.

– BSH Home Appliances Group, the leading home appliances manufacturer in Europe, inaugurated its first technology centre in India at Adugodi, Bengaluru, which will enable the company to further develop localised technologies for the Indian market.

– China based LCD and touchscreen panel manufacturer, Holitech Technology, has announced plans to investing up to US$ 1 billion in India by the end of 2017.

– Ashok Leyland Ltd has launched its circuit series electric bus, the first ever electric bus designed and engineered entirely in India specifically for Indian road conditions, with a capacity to travel over 150 km on a single charge.

– Huawei, the China-based smartphone manufacturer, has entered into an agreement with solutions provider Flextronics Technologies (India) Private Limited, to manufacture its smartphones in India. Flextronics would start by making 3 million smart phones at its facility in Chennai and is expected to generate additional 1,500 jobs.

– Tristone Flowtech Group, the Germany-based flow technology systems specialist, has set up a new facility in Pune, which will manufacture surge tank as well as engine cooling and aircharge hose for the Indian market. The company plans to start the production at the plant in the fourth quarter of 2017.

– Tata Power has partnered with US-based Javelin Joint Venture, which is a partnership between Raytheon Company and Lockheed Martin, for its Strategic Engineering Division (SED), in order to create a strategy to co-develop and produce the Javelin missile system and integrate platform mounts to meet Indian requirements.

– LeEco, a Chinese technology company, has entered into a partnership with Compal Technologies and invested US$ 7 million to set up manufacturing facility at Greater Noida in order to start manufacturing Le2 smartphones in India.

– Zopo Mobile, a China-based smartphone manufacturer, plans to invest Rs 100 crore (US$ 15 million) to set up a manufacturing plant in Noida by the end of 2016, which will have a monthly production capacity of 100,000 units.

– Honda Motorcycle & Scooter India plans to invest around Rs 600 crore (US$ 90 million) to add a new line at its Narsapura facility at Karnataka, and launch at least 10-15 products during FY 2016-17 in the country.

– Force Motors, a utility and commercial vehicles manufacturer, inaugurated its Rs 100 crore (US$ 15 million) manufacturing facility in Pune, which will supply engines and axles to the Germany-based automobile manufacturer Mercedes-Benz.

– Boeing Company, an American plane maker, and Tata Advanced Systems Ltd (TASL), a fully owned subsidiary of Tata Sons, have entered into a joint venture to set up a new facility in Hyderabad to manufacture Boeing AH-64 Apache helicopter fuselages.

– Panasonic Corporation plans to set up a new manufacturing plant for refrigerators in India with an investment of Rs 250 crore (US$ 37.5 million), and also invest around Rs 20 crore (US$ 3 million) on an assembly unit for lithium ion batteries at its existing facility in Jhajjar in the next 8-10 months.

– Vital Paper Products, one of the major supply chain players in the paper and paper products industry, plans to set up a packaging product unit in the Special Economic Zone (SEZ) of Sri City, Andhra Pradesh, at an investment of Rs 60 crore (US$ 9 million), which will be operational from April 2017.

– Isuzu Motors, the Japan-based utility vehicle manufacturer, has inaugurated its greenfield manufacturing unit in Sri City, Andhra Pradesh, which was set up for Rs 3,000 crore (US$ 450 million), with an annual production capacity of 50,000 units and is estimated to generate around 2,000-3,000 jobs.

– Airbus has procured more than US$ 500 million worth of supplies from India in 2015, registering a growth of 15 per cent annually and has targeted a cumulative procurement of more than US$ 2 billion over a period of five years up to 2020.

– Havells India Limited, one of the top Indian consumer electrical equipment producer, plans to set up a new manufacturing unit near Bengaluru by making an investment of Rs 1,059 crore (US$ 158.85 million), which would be its twelfth plant in India and its first outside north India.

– Global beverage company Pepsi plans to invest Rs 500 crore (US$ 75 million) to set up another unit in Maharashtra to make mango, pomegranate and orange-based citrus juices, while biotechnology giant Monsanto plans to set up a seed plant in Buldhana district of Maharashtra.

– Hindustan Coca-Cola Beverages plans to set up a bottling plant with an investment of Rs 750 crore (US$ 112.5 million) in phases at the first industrial area being developed by Government of Madhya Pradesh under the public private partnership in Babai village of Hoshangabad, Bhopal.

– Canada’s Magna International Incorporated has started production at two facilities in Gujarata’s Sanand, which will supply auto parts to Ford Motor Co in India and will employ around 600 people at both units.

In a bid to push the ‘Make in India’ initiative to the global level, Mr Narendra Modi, Prime Minister of India, pitched India as a manufacturing destination at the World International Fair in Germany’s Hannover in 2015. Mr Modi showcased India as a business friendly destination to attract foreign businesses to invest and manufacture in the country.

The Government of India has taken several initiatives to promote a healthy environment for the growth of manufacturing sector in the country. Some of the notable initiatives and developments are:

– The Government of India has introduced several policy measures in the Union Budget 2017-18 to provide impetus to the manufacturing sector. Some of which include reduction of income tax rate to 25 per cent for MSME companies having turnover up to Rs 50 crore (US$ 7.5 million), MAT credit carry forward extended to 15 years from 10 years and abolishment of Foreign Investment Promotion Board (FIPB) by 2017-18.

– The Union Cabinet has approved the Modified Special Incentive Package Scheme (M-SIPS) in which, proposals will be accepted till December 2018 or up to an incentive commitment limit of Rs 10,000 crore (US$ 1.5 billion).

– The Government of India has removed the 12.5 per cent excise duty and 4 per cent special additional duty (SAD) on the manufacturing of point-of-sale (PoS) machines till March 31, 2017, which is expected to give a boost to the cashless economy as more PoS machines will be deployed in the future.

– The National Institution for Transforming India (NITI Aayog), after its recent push for Rs 6,000 crore (US$ 900 million) textile sector package, aims to persuade the Government for similar support in the manufacturing sectors with large-scale employment generation opportunities, such as electrical and electronics engineering, footwear and light manufacturing segments, which also have export potential.

– The Ministry of Labour and Employment plans to relax compliance measures for MSMEs by exempting them from inspections related to key labour laws in order to encourage entrepreneurs to help promote manufacturing in India.

– The Government of India plans to give a big boost to local manufacturing by introducing the new ‘Make in India green channel’, which will reduce the time taken for cargo clearance at ports from about a week to a few hours without any upfront payment of duties.

– Gujarat government is planning to set up an electronics products manufacturing hub in the state, through its newly announced Electronics Policy 2016, which will generate about 500,000 jobs in the electronics sector in the next five years.

– The Ministry of Heavy industries and Public Enterprises, in partnership with industry associations, has announced creation of a start-up centre and a technology fund for the capital goods sector to provide technical, business and financial resources and services to start-ups in the field of manufacturing and services.

– NITI Aayog plans to release a blueprint for various technological interventions which need to be incorporated by the Indian manufacturing economy, with a view to have a sustainable edge over competing neighbours like Bangladesh and Vietnam over the long term.

– The Government of India has asked New Delhi’s envoys in over 160 countries to focus on economic diplomacy to help government attract investment and transform the ‘Make in India’ campaign a success to boost growth during the annual heads of mission’s conference. Prime Minister, Mr Modi has also utilised the opportunity to brief New Delhi’s envoys about the Government’s Foreign Policy priority and immediate focus on restoring confidence of foreign investors and augmenting foreign capital inflow to increase growth in manufacturing sector.

– The Government of Uttar Pradesh has secured investment deals valued at Rs 5,000 crore (US$ 741.2 million) for setting up mobile manufacturing units in the state.

– Government of India has planned to invest US$ 10 billion in two semiconductor plants in order to facilitate electronics manufacturing in the country.

The Government of India has an ambitious plan to locally manufacture as many as 181 products. The move could help infrastructure sectors such as power, oil and gas, and automobile manufacturing that require large capital expenditure and revive the Rs 1,85,000 crore (US$ 27.75 billion) Indian capital goods business.

India is an attractive hub for foreign investments in the manufacturing sector. Several mobile phone, luxury and automobile brands, among others, have set up or are looking to establish their manufacturing bases in the country.

With impetus on developing industrial corridors and smart cities, the government aims to ensure holistic development of the nation. The corridors would further assist in integrating, monitoring and developing a conducive environment for the industrial development and will promote advance practices in manufacturing.

*According to the Global Manufacturing Competitiveness Index published by Deloitte

Shifting patterns: The future of the global logistics industry

Does China’s ‘One Belt, One Road’ Threaten an East-West Rift Within Europe?