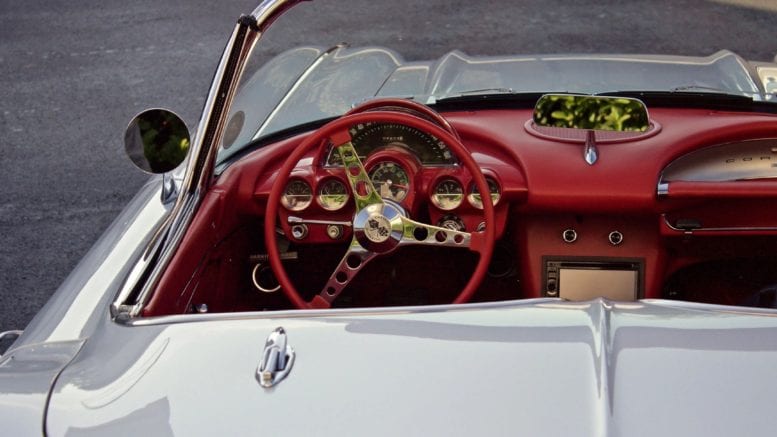 Cuba may be the only country where you can see drivers running out for milk and eggs in Model A’s and 1935 Fords, but transit is not always picturesque in a country where a 1960 Corvair is considered late model.

For car enthusiasts eager for a peek at the classic cars roaming Havana’s roads, the loosening of restrictions on U.S. travel to Cuba has been a boon. The 1950s Chevys and Chrysler 300s imported before the U.S. instituted the 1960 trade embargo constitute a rare automotive time capsule.

But as the U.S. begins to ease restrictions on travel for educational purposes and Cuba relaxes its ban on imports, a new book debunks the myth that the roads teem with the romance of a bygone era. The beautifully illustrated Cuba’s Car Culture: Celebrating The Island’s Automotive Love Affair, by Bill Warner, founder of the Amelia Island Concours D’Elegance, and automotive expert Tom Cotter, dispels the notion that Cuba’s car culture is an automotive paradise of yesteryear.

The embargo, put in place when Fidel Castro came to power, not only meant that new models couldn’t enter the country. Replacement parts were also banned, soon forcing car owners to bandage their vehicles with mismatched Russian and Czechoslovakian parts to extend their life spans several decades. “The Cuban people are so tired of these old pieces-of-**** cars,” the authors quote their translator during a research trip to Cuba. “They run on nothing! If they ever have a chance to buy a new car, they will.”

Cuba, which was once the largest autos market in Latin America and the world’s leading importer of American cars (the area around Havana rife with assembly plants for Ford and General Motors was nicknamed Little Detroit), hasn’t welcomed new cars to the island for almost 60 years. Soon after seizing power in the country’s 1959 revolution, Castro imposed a nearly 200% tax on luxury items, including cars, making them virtually unaffordable until President Dwight D. Eisenhower imposed a ban on exports to Cuba the following year.

Now the cars that have been roaming the island for six, seven, and eight decades are showing their age. “When you read about ‘impeccably restored classic American cars,’ don’t believe a word of it,” the authors write. Rather, their Frankenstein-like appearance – think VW taillights on a Buick, or tin foil to lend the illusion of chrome – is a testament to Cuban ingenuity. “Compound that age with incredibly rough roads, poor gas quality, and an almost complete absence of correct spare parts, and you’ll begin to appreciate just how ingenious the Cubans are.”