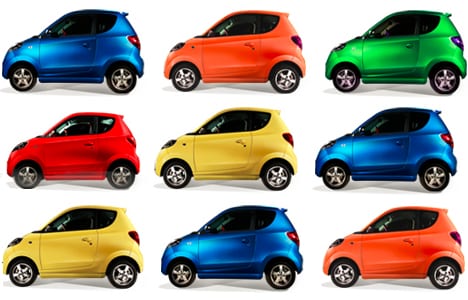 China’s recent surge in electric vehicle sales astounded the global automotive industry until investigators discovered that the explosive growth may have been attributable to fake customers. Michael J. Dunne, CEO of Dunne Automotive Ltd., explains the factors contributing to the fraud in the six – minute Audio Interview, “China’s EV Surge: A Closer Look at the Numbers”.

produced by GlobalBusinessProfessor.com and GlobalAutoIndustry.com. Dunne explains the carrots and sticks the Chinese government deployed to incentivize sales of electric vehicles. He also describes how the car manufacturers were able to inflate sales figures by manufacturing fake customers and selling to their own subsidiary companies on paper.

Dunne highlights which automakers are leading the EV race, and what the future holds for China’s support of EVs.

Michael J. Dunne is CEO of Dunne Automotive Ltd., a Hong Kong–based investment advisory firm with expertise in Asia’s car markets. Dunne Automotive assists companies expand in key markets, including China, SE Asia and India. From 2013 to 2015, Michael was president of GM Indonesia, leading the manufacturing and sales operations. Early in his career, Dunne founded Automotive Resources Asia (ARA), a car consultancy. ARA expanded operations in China and Southeast Asia over the next decade and, in 2006, was acquired by J.D. Power and Associates.

Dunne is author of “America Wheels Chinese Roads: The Story of General Motors in China”. His commentaries have been published in the Wall Street Journal, International Herald Tribune and Automotive News. He was also featured in an acclaimed National Geographic documentary on China’s car culture.  A native of Detroit, Michael speaks Chinese, French, Indonesian and Thai. Dunne has worked in Asia for most of the 25 years since he graduated from the University of Michigan with an MBA and an MA in Chinese studies.