In the 17-minute Audio Interview, Mr. Espino discusses and answers these questions:

About Alfredo Espino Gracia
Alfredo Espino has been developing financial products for non-Mexican companies with operations in Mexico since 1999. He has been directly involved in funding over US$600 million Lease / Loan portfolio and worked with Mexican tax authorities in the development and approval of a special tax ruling regarding leveraging assets imported under temporary importation programs, this made possible the first Sale-Leaseback transaction for machinery imported under temporary importation regime back in 2000. He is one of the pioneers developing efficient, tax-oriented financing structures for companies working under Maquiladora and Shelter programs in Mexico.

His expertise areas include sales management, business development, project management, consulting and developing fiscal strategies for corporate and mid-size international companies with manufacturing operations in Mexico. He supported and advised GE Capital’s Commercial Finance and Corporate Lending business in the US, Europe and Asia about perfecting loans and leases in México, and advised international customers about the accounting, tax and legal implications of doing business in México.
He worked 18 years for GE Capital’s International Finance business in Chicago, IL and Monterrey Mexico and has been since April 2016 with Engenium Capital which acquired GE Capital’s business platform in Mexico. Alfredo is currently senior sales manager for Engenium Capital based in Guadalajara focusing on the automotive, electronics, food and beverage and manufacturing industries. Previously, he led GE Capital’s International Finance business unit in Chicago, IL. Previous to this appointment, he held positions as senior V.P. for GE Capital Solutions Mexico, Sales Manager for GE Capital´s Commercial Equipment Finance which was the business unit he joined back in October 1999 as product specialist for Maquiladora and Pitex operations.

Alfredo has an Accounting degree from ITESM (Tec de Monterrey) and a Global MBA degree from The American Graduate School for International Management at Glendale, Az. (Thunderbird). Prior to GE, Alfredo worked for Banco del Bajío as international operations manager and as account executive for BANCOMEXT where he was advisor specialist on the export-import financing arena for the steel industry and financial intermediaries.

Alfredo lives in Guadalajara with his wife Gina, 3 sons and a dog; he is an audiophile, weekend carpenter and kart racer. He´s served as GE Mexico´s Ombudsman from 2001 to 2006 and has been awarded with GE´s worldwide top talent recognition in 2003, President´s award for Expertise in 2006, his business platform has been recognized among the top 10 most profitable business units in GE Capital solutions worldwide. He has participated as key note speaker in multiple Foreign Direct Investment forums and conferences in Europe, the US and Mexico on subjects related to Mexico´s competitiveness analysis, cross border financing, equipment leasing, tax regulation, manufacturing competitiveness, automotive, aerospace, electronics, logistics and manufacturing forums.

US-China Trade War: What is Going On, and What You Should Do About It 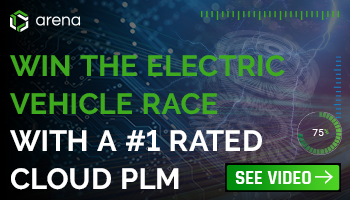