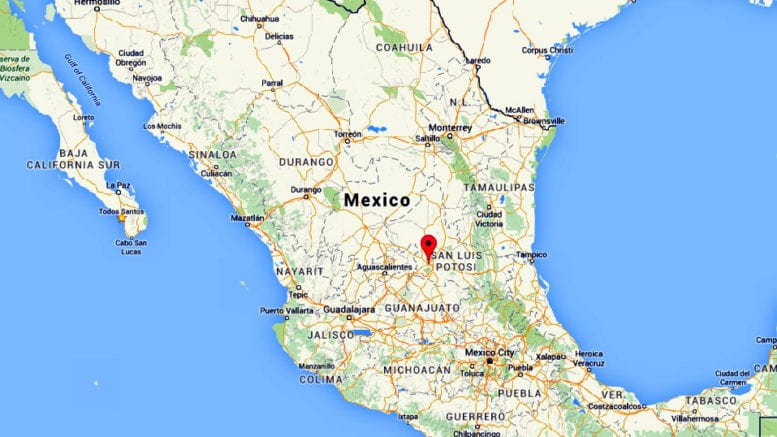 One of the first foreign companies to rush into U.S. production when the North American Free Trade Agreement (NAFTA) took effect on January 1, 1994 was Germany’s BMW Group; they constructed and opened a gigantic factory in South Carolina that employs thousands and is responsible for thousands of U.S. tangential jobs.

The object was to build cars in the U.S./NAFTA geographic for the NAFTA market area without the duties and taxes applied to foreign-made cars imported into the U.S.

BMW is currently building a new factory in the NAFTA geographic area San Luis Potosi, Mexico. It will commence production in 2019 and its goal is to build 150,000 cars-a-year. Another NAFTA triumph. Another Mexican industrial triumph. So reports the ‘Mexico News Daily.’

Unlike the South Carolina BMW factory’s isolation from the entire auto industry, the new Mexican BMW plant is joining a rapidly expanding auto industry that nurtures and depends on a North American supply chain that stretches from Canada on the north to Puebla, Mexico in the south where Volkswagens are made.

‘Supply chain’ are the two most important and relative words in the auto industry. Suffice it to say that without the existing supply chains of parts, engine blocks, transmissions and thousands of other parts in NAFTA’s tri-patriate auto industry (Canada, the U.S. and Mexico), the American car industry might have disappeared for lack of global competitiveness.

Supply chains are as important as wage levels in car manufacturing. So are markets.

‘Mexico News Daily’: Part of (BMW’s confidence in the future stems from the fact that while other automotive manufacturers set up shop in Mexico to cater to the United States market, BMW planned for its San Luis Potosi­ plant to produce for the global market.”

The crux of the matter is that Mexico has 45 trade agreements, almost double that of the U.S. In other words, BMW will be able to export to over 100 countries that it cannot do under German or American trade agreements with other countries.

Apparently, historically protective Mexico is more free trade oriented by treaties and trade agreements than Germany or the United States.

BMW is spending $22 million American dollars to train 700 Mexican workers today; when the plan is functioning BMW expects to employ 1500 employees and have employment effects on 10,000 employees indirectly as far away as Canada. BMW has agreements with 180 Mexican suppliers, 45 in the state of San Luis Potosi. Supplies have been contracted for with 20 international firms building facilities in Mexico. The newest is the Chinese firm Minghua, a bumper manufacturer.

The state-of-the-art plant has a 71,000-square-meter solar farm that will supply 100% of the plant’s electricity needs. In 2017 language, this solar capability makes the plant BMW’s most technologically advanced in the world.

The goal of 150,000 units per year, will make this factory BMW’s third largest in the world.

Obviously some of those new BMWs will make it to the U.S. market and if so, any taxes and duties applied to them under proposals in Congress or threats out of the White House might impact BMW as it might impact other firms building cars in Mexico.

That, perhaps, might frighten car companies that have plants in Mexico, all 22 of them that build cars for the American market if talk in the House of Representatives or the White House of punishment by tariff or a BAT (Border Adjustment Tax) were true threats, but they aren’t.

Most U.S. Senators that have commented on these threats have openly disrespected such talk and predict that the proposed BAT will not be considered by the Senate. As to a Presidential proposed punishing duty of 30 or more percent, it probably would never make it through the courts as being unlawful and discriminatory.

Renegotiation of NAFTA, one of President Trump’s primary campaign issues, could very well be critical to the North American car manufacturing industry. Any such negotiation, however, will not make the American car industry bigger or better.

The best symbol of the current state of the American car industry is not several years of record sales or the growth of the Mexican car industry, it is the lament of an American Labor leader who was actively objecting to the closing of a Riverside, California, General Electric small appliance factory that was moving its product line to Singapore.

He counted the cars in the employee parking lot and concluded that over 60 percent of the cars where Japanese brands. So much for a union label “Made in America.”

NAFTA and its homegrown auto supply chains have saved the American car industry by keeping it globally competitive. President Trump and Secretary of Commerce Ross hopefully know that when they ‘renegotiate’ NAFTA.

About Raoul Lowery Contreras
Contreras is the author of  “The Mexican Border: Immigration, War and a Trillion Dollars in Trade” and “Murder in the Mountains: War Crime at Khojaly”.  He formerly wrote for the New American News Service of the New York Times Syndicate

New mobility trends: China is driving away from the competition