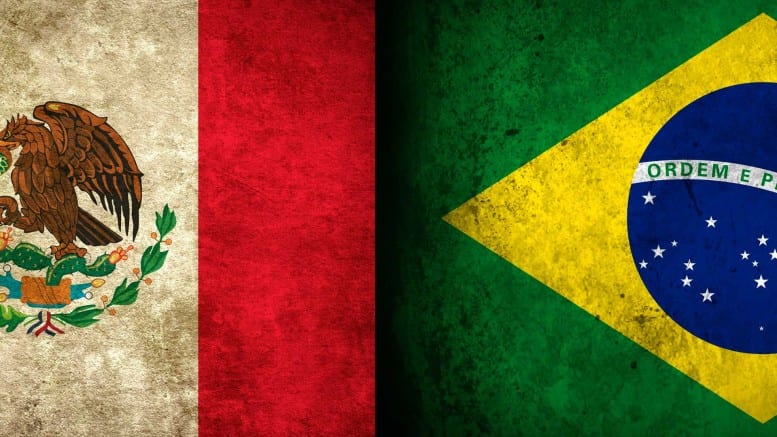 Several recent reports have noted the difference between Brazil and Mexico in the automotive manufacturing sector. A recent editorial from IHS SupplierBusiness gave a good snapshot of the dichotomy between these two countries and its impact on vehicle manufacturing.

Brazil’s light vehicle market decline continued to accelerate in October, with sales and production falling even more sharply than in the previous month, according to the editorial. “The country is suffering thanks to a series of pressures including declining consumer confidence, difficult economic conditions, tightening credit and increasing interest rates, which, in turn, [are] affecting the automotive industry there,” said SupplierBusiness.

SupplierBusiness noted that this also has an adverse affect on OEMs as they delay new vehicle production in Brazil. Honda has delayed the start of production at its new Brazilian plant in Itirapina, Sao Paulo. The facility is Honda’s second plant in Brazil, and was expected to become operational in 2015, with an annual production capacity of 120,000 units. Chinese automaker Chery has delayed production of the QQ in Brazil until this month, from an earlier projected timeframe of the second half of 2015, and making a $105 million investment in a third assembly line.

Mexico is a different story, as SupplierBusiness notes. Mexico’s light vehicle production growth continues at record levels, with a 7.8% gain YTD in October 2015. Nissan led production in Mexico with YTD production up 2.3% to 700,090 units. GM’s YTD output total of 587,680 units was a 1.4% gain. “Investments by automakers and component suppliers continue, most recently with Pioneer announcing investment in a facility in Jajio, Mexico, in 2017 to produce car electronics products,” said the SupplierBusiness editorial.

PlasticsToday has written often about the growing automotive sector in Mexico, including investments made by Tier 1 suppliers to support vehicle manufacturing. The SupplierBusiness editorial noted what PlasticsToday has observed: “Mexico has become a perfect opportunity for OEMs in recent years, offering a low-cost location close to the United States.”

How to Lead Your People in Challenging Times in Mexico