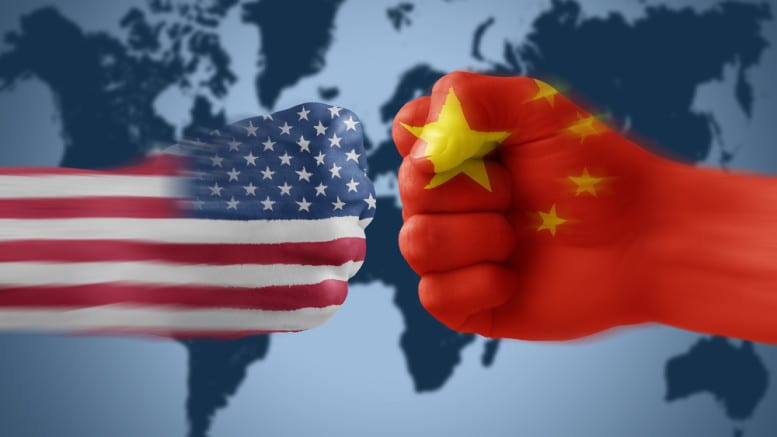 It’s still relatively small in absolute terms, but the level of investment by Chinese companies in new or existing US manufacturing operations continue to grow – but a new report says labor issues continue to plague many of these operations.

The growing Chinese manufacturing presence in the US was highlighted two weeks ago, when it was announced that China’s Haier would acquire the appliance business from GE – and thus its sprawling manufacturing operations centered around Louisville, KY – for about $5.4 billion.

Haier had previously opened its own factory in South Carolina, but has struggled to gain much traction in the US. There have been a few other recent noteworthy Chinese manufacturing investments in the country, such as in 2014, when Fuyao Glass Industry Group acquired part of the well-known GM assembly plant in Moraine, OH, shuttered in 2008 and made famous as the focus of the documentary film “The Last Truck: Closing of a GM Plant.” The new Fuyao factory began producing car windshields in late 2015, and will employ nearly 1000 workers when it ramps up to full production later this year.

Chinese direct foreign investment in the US is rising, though how much is specifically for manufacturing (greenfield or acquired sites) is hard to discern from the data. While overall Chinese DFI in the US rose from $11.9 billion in 2014 to $14.7 billion last year, that was spread across multiple areas, from banking and other service firms to commercial real estate, farming and other areas, in addition to manufacturing. That data is from the Rhodium Group, which tracks these investments.

But manufacturing is a significant part of the total, appearing to involve about $3.5 billion in investment by Chinese firms in the US in 2015. Rhodium notes that “The deal pipeline is at an all-time high at the beginning of 2016. We count more than $22 billion worth of pending acquisitions, ” which it says are focused on focused on communications and other tech manufacturers (e.g., Omnivision, Western Digital), and electronics (e.g., Philips’ LED unit), in addition to the GE Appliances deal.

Rhodium further reports that potential future capital expenditures related to announced greenfield projects add up to more than $10 billion, including a new Shandong Sun Paper pulp plant in Arkansas ($1.36 billion), Faraday Future’s $1 billion investment in an electric vehicle plant in Nevada, and a dairy plant in California by Feihe Dairy.

Can the Chinese Make US Plants Work?

Unlike the wave of Japanese factories in the US that started showing up in the 1980s, and introduced Lean processes that led to success not only in their own plants but eventually in thousands of other US factories over time, the Chinese have largely struggled to get things right in their new US operations, according to a recent article by well-known business writer Jeffrey Rothfeder in the New Yorker magazine.

The common factor? A culture clash between Chinese managers and US workers.

“Today, no Western manufacturer can hope to compete on a global stage without adopting some version of Lean production – an undertaking that remains difficult for many firms, because it can require altering not just assembly processes but a company’s culture, especially where worker roles, management, and methods of innovation are concerned,” Rothfeder writes.

But it is in these human resources areas that Chinese manufacturers are weakest, Rothfeder says.

“The country’s factory boom was made possible, instead, by low wages, subpar conditions, and few benefits,” Rothfeder adds. “That strategy can succeed in emerging nations, especially ones with large labor pools, but it is not feasible in developed economies.”

The problems of Chinese factories are most apparent in the relationship between managers and employees, Rothfeder notes. He says Chinese firms embrace a strict top-down view of a factory as a place where the authority of supervisors is paramount, and workers are expected to take directions, perform tasks, do their work, and go home without complaining.

There have been many reports Chinese employers in the U.S complaining that American workers are too outspoken and independent and are unable to follow rules. But US workers are often pushing back. At Haier’s factory in South Carolina, for example, Chinese managers had to be sent back to Asia because they were alienating workers and threatening productivity.

At the Chinese-owned Golden Dragon copper-tube factory in Wilcox County, Alabama, workers last year voted to form a union – rare in this and other Southern right to work states – amidst complaints of low pay and poor working conditions at the plant.

“The perception that employees are interchangeable and replaceable has led turnover at factories in China to average an astounding 35% a year among workers employed at least six months,” Rothfeder quotes one Chinese consultant as telling him. But Chinese companies are seeing the same kind of turnover in their US plants – a death sentence in the here, where employee skills, loyalty, continuity, job satisfaction and creativityÃ¢â‚¬â€in other words, Lean requirements – determine profitability.”

Rothfeder says another factor is that many of these Chinese companies are state-owned, and feel less pressure to be profitable then privately held Chinese firms, often under bidding US rivals to gain a foothold here. But will they be around for the long term?

Rothfeder concludes with a warning to governments across the US to be circumspect about offering sweetheart deals to Chinese companies considering making investments in their regions.

“If the manufacturers turn out to be nothing more than low-paying loss leaders, cities may find that they’ve given away more than they receive in return,” he notes.