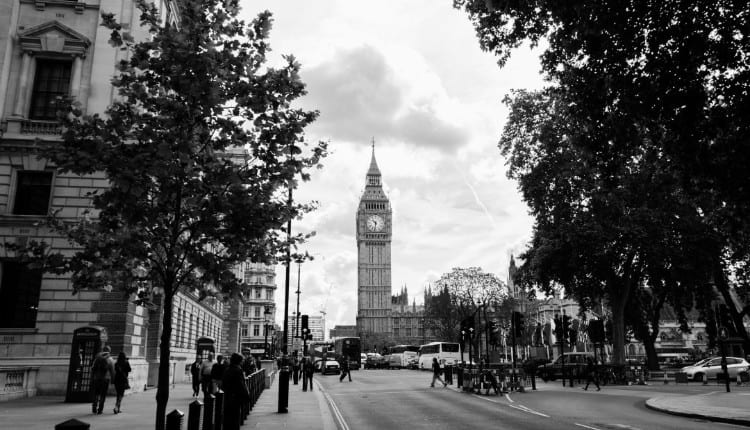 After our members’ Spring meeting in Berlin last week, I was walking past the Bundestag and noticed that the stars of the EU flag flew beside the German national flag. This is not something I can recall seeing at the UK Houses of Parliament. Considering the trauma and division experienced by Berliners at the centre of recent European history, it reminded me that perspectives on debates about the future of the European Union can be very different. ICDP must retain a neutral position on the UK referendum on EU membership, but it’s an ‘elephant in the room’ that must be addressed, so here are some thoughts on the subject.

There’s a long way to go yet with the debate, but as the poll edges closer, many more are starting to consider the obvious question – what would be the impacts on the automotive sector if the UK left the EU? Firstly, the process raises questions for the industry about stability of prices, regardless of whatever trade deal were to follow. In the very short term, the Bank of England has warned that the pound would be likely to come under pressure from sell off post a Brexit vote (How Brexit would put pressure on the pound; FT; 28/01/16), a view echoed by banks outside the UK (The Telegraph, 06/11/15). The short-term impact may also include therefore pressure on imported vehicle wholesale prices, and imported components for UK assembly. The response of UK car manufacturing to this weakness would also send a signal to the rest of the automotive distribution market. More on this in a moment… In terms of process, if the UK decided to leave, then the UK would have to formally lodge this intent, and then a process would begin which is expected to last for two years, although there’s no real precedent. The next steps may actually depend upon the closeness of the result, despite the insistence of the prime minister that the result would be binding. However, if there is an exit vote, the resulting uncertainty on next steps itself may also have an impact on distribution investment and the willingness of lenders to provide investment funding in both the short and long term. Regarding the long term economic impacts, this would in part depend on the divorce arrangements, but there are several possible secondary consequences which would also need to be considered. An exit result for the UK could, sooner or later, trigger a new referendum on Scottish independence, given that polls consistently show a much higher willingness to remain in the EU within Scotland compared with the UK as a whole. Plus there are also demands for a referendum for Irish reunification if there is an exit vote.

All of which throws even more complexity into the outcomes. Import and export numbers have already been flagged in the debate. Over 57% of UK-built vehicles went to the EU in 2015, an 11% increase on 2014. (SMMT). Furthermore, EU imports to the UK accounted for 2.27 million cars – 86% of new car registrations in 2015. The terms of trade debate will have the most obvious impact on how the auto sector in general responds, and these scenarios will be picked over by those manufacturing in the UK. 2015 car production in the UK was the best in a decade, but inevitably the EU debate creates doubt over future investments. Toyota has said that it will “keep making cars at its plant in the English Midlands even if the UK votes to leave the European Union” (FT, 11/01/16). But that doesn’t allay fears over lack of inward investment; BMW has around 7000 employees in the UK, and “Ian Robertson, Sales Director of sales at BMW, has said that BMW would “regret” seeing the UK leave the EU” (CityAM, 14/01/16).

Furthermore, sixteen of the world’s twenty largest automotive suppliers have a UK base (SMMT), and component and service suppliers selling to European plants would also have to consider their access to EU markets. A recent study by GED, comparing views of 782 businesses of all sectors, with respondents based within both the UK and Germany, found that 29% of the total respondents said that they would reduce or relocate capacity from the UK, a figure that jumps to 41% for the IT and technology sector (GED-project.de).

There is no clear path for UK terms of trade post Brexit, a key determinant of new car imports and exports. Four likely scenarios are currently discussed, which are, broadly speaking:

Furthermore, it isn’t obvious whether free movement of labour and acceptance of EU regulation wouldn’t be required for at least options one and two, but it may also be that the UK could secure a new agreement. If nothing else, some ‘Brexiters’ and ‘Bremainers’ alike are suggesting that the possibility of the UK leaving the EU may prompt a positive change in attitude towards wider reform within the EU from other member states. Picking up on regulation, and coming back to distribution, would the rules within the UK remain bound by Block Exemption, or would the UK be free to change the operating rules for companies involved in automotive distribution? It would at first appear yes, but in practice, the answer is far from obvious.

Much of the Treaty of Rome and subsequent legislation is already adopted into UK law, and so changes in competition law would take time. Furthermore, it is possible that in theory many areas of competition law and other regulation would be open to change, but again, it would depend on any post exit trading settlement with the EU, as per the choices outlined above. The open question here reflects again the likely medium to long term uncertainty for many areas of production and distribution. And what would be the impact on the rest of the EU? Commentators have spoken of the risk of contagion, with possibly pressures growing within other member states to seek an exit referendum, including states that have been struggling with Eurozone currency membership.

As I said at the outset, ICDP is a neutral commentator in this debate, but whatever happens, an EU without the UK may look quite different. This view is echoed, in very pessimistic terms, by the chief economist at Deutsche Bank, who recently said an EU without the UK would itself be a Europe that “will become more inward looking, less likely to embrace change in the way it does business” (FT, 26/01/16). The risk of a Brexit was previously considered to be relatively low, but those stating a preference for ‘remain’ and for ‘leave’ in the polls are now very close, closer than many would like.

Three months is a long time in politics, and referendums can be subject to what past British Prime Minister Macmillan is alleged to have called his greatest fear; “events, dear boy, events”. The migration crisis, euro zone instability, and security concerns all play their part in a referendum that may reflect the fears of today rather than the plans for tomorrow. The Scottish referendum turned out a closer contest than many expected ahead of the final weeks, and indeed, the consequences of that referendum are not yet fully resolved. The unanswered questions that arose from promises made during the 2015 Scottish referendum point to the difficulties ahead for European market strategy planning for the next ten years and beyond, even if on the 23rd June 2016 the UK chooses to remain in the EU.