The competitive pressure on China’s manufacturing sector from India is perhaps much bigger than China imagined. China’s actual salary has grown 10.6 percent since 2008, while India has seen a salary growth of just 0.2 percent during the same period, the Times of India reported recently, citing a report from the Hay Group.

The report comes after the news that some Chinese smartphone vendors, Huawei Technologies Co included, would soon start manufacturing handsets in the South Asian country and as India’s low labor cost advantage forces China to make more efforts to maintain its competitive edge in the global manufacturing landscape.

As China commits itself to developing its service and high-tech sectors, such as the nuclear power industry, the nation certainly will not give up developing its manufacturing sector, which plays a particularly important role in creating jobs. With a population of 1.4 billion and an expanding domestic demand for employment, China will be unable to rapidly turn into an economy highly dependent on its service sector. For the foreseeable future, the manufacturing sector will remain the backbone of China’s economy.

However, China’s low-end manufacturing industry is experiencing hard times as some multinationals move production from China to other Asian countries, India included. The increasing competition from India raises a tough question for China’s manufacturing sector of how to keep its competitive edge at a time when the nation’s labor cost advantage is shrinking rapidly.

India’s low labor cost advantage has rung an alarm for China’s manufacturing sector. Now it is time for China to map out concrete measures to reduce production costs for manufacturers. For instance, it seems the overheated real estate market has already had a spillover effect on the development of China’s manufacturing sector, as plans to build new plants in Chinese coastal cities have proven to be costly. In this regard, the Chinese economy has to reduce its reliance on real estate and strive to create a favorable investment environment for manufacturers.

Additionally, as some foreign-backed companies show an increasing interest in India over China, the country should promote the development of its local manufacturers and encourage them to build plants in less-developed central and western regions where labor costs are relatively lower.

However, global manufacturing should not be considered a zero-sum game. Despite India being more attractive to manufacturers than ever, it will be difficult for the country to build a complete industrial chain overnight. India may still need to expand its imports of Chinese-made components and parts to support the development of its nascent and growing manufacturing sector. Hopefully this would lead to a new cross-nation industry chain and closer economic ties between China and India in the future.

The Mexican Automotive Industry: What You Need to Know

Lean Communication: how language, culture and distance impact your costs and competitiveness in our globalized economy 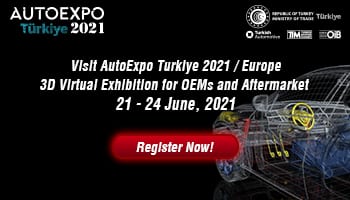 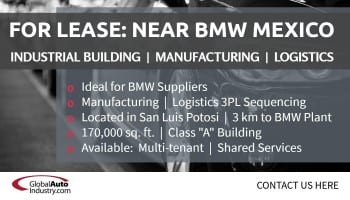